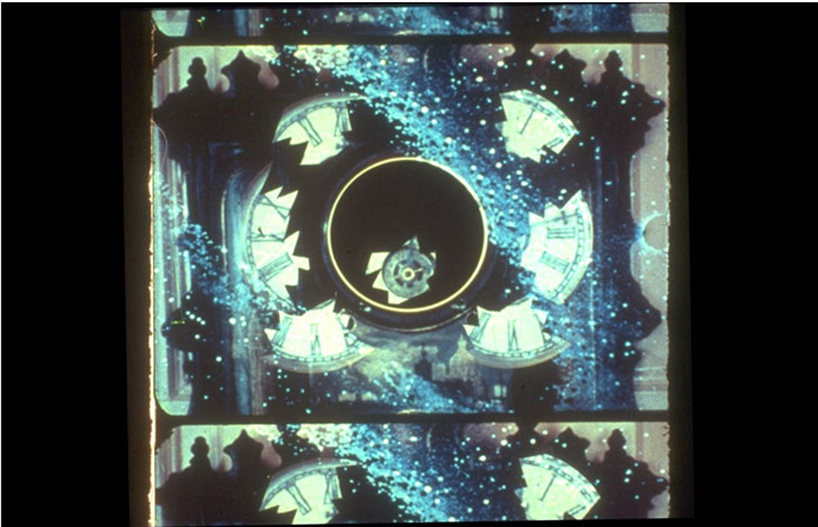 Schmidlapp’s extensive use of light and sequencing image evolved from an early interest in the filmmaking process.  As a teenager in the late 60’s, he made reg 8/ super8 films.  POST-8MM Hippies, 16mm optically printed film from his early works, is a work in progress.   Part of it was the visual element in a collaboration, named Reality of Corn with composer Yoni Niv, which was performed by the  Duo Due East 4/20/08 in New York City. 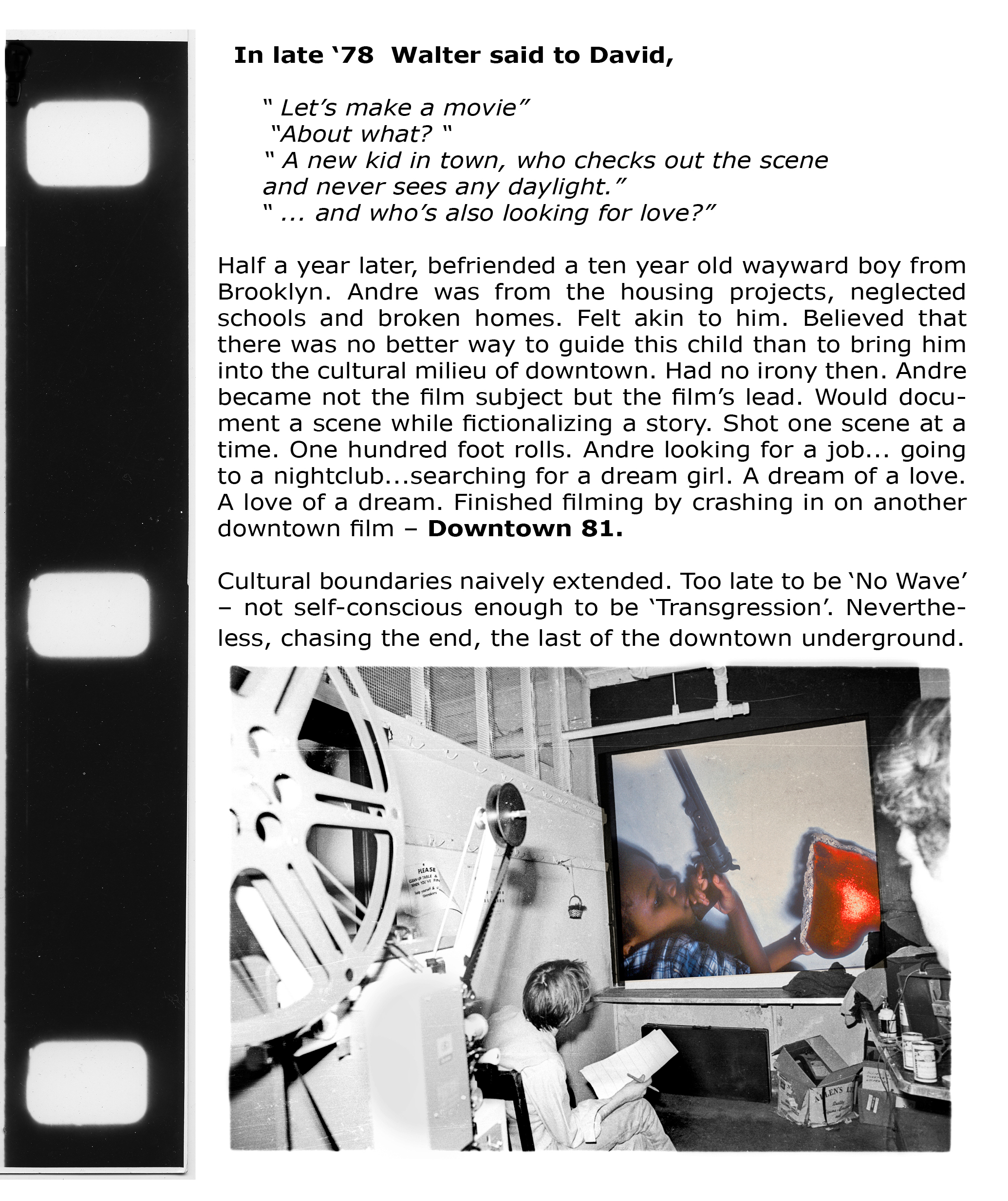 half page from off Camera

In 1999 David Schmidlapp made an award winning experimental film, Big Time Operator. A film of chemistry and time; a disjunctive narrative of aging and corruption. Starring his actor – father, F.L. Schmidlapp who was recovering from a brain injury. 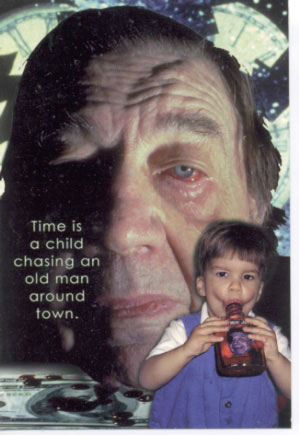 Currently, David is collaborating with writer Stewart Meyer on a screenplay on his famed 1984 novel, Lotus Crew after finishing a script of his recent novel, Heistbroker.

The metal lattice of the steel cables flicker in front of the Twin Towers. It is movement over a bridge. It’s snowing.

NICKY CESSARIO (mid 40’s), well built, is driving his 1970’s Caddy in the direction of Lower Manhattan across the Brooklyn Bridge. He is dressed in WTC workman’s clothes with a name patch above the right breast pocket and is wearing tinted glasses and two rings. One is a simple wedding band and the other, a gaudy gold skull ring. He rolls his Caddy off the bridge in the direction of the World Trade Center.